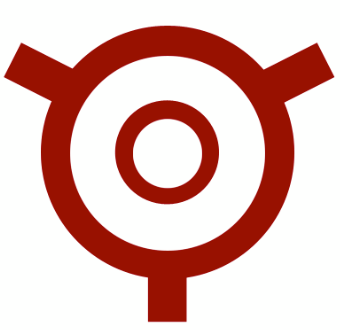 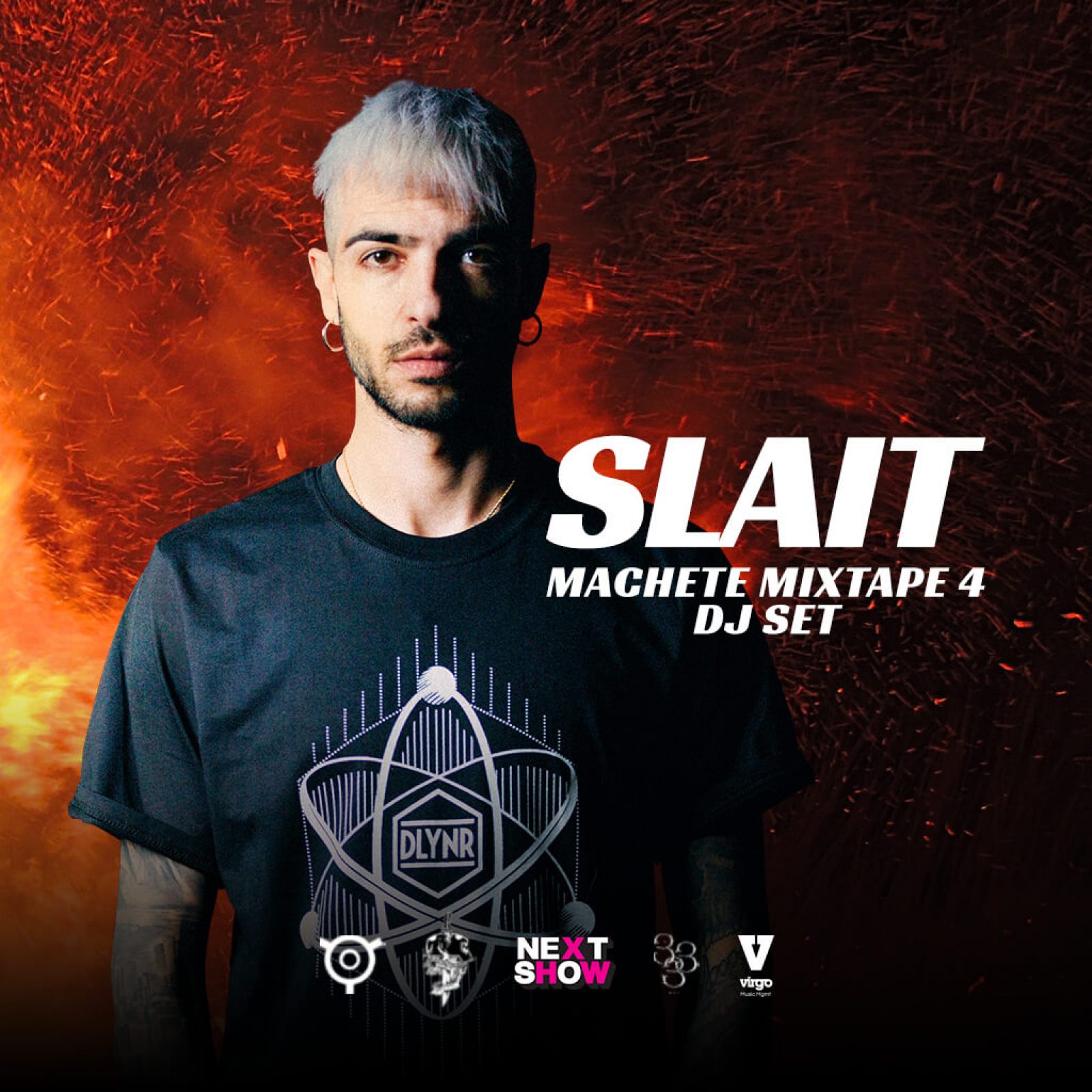 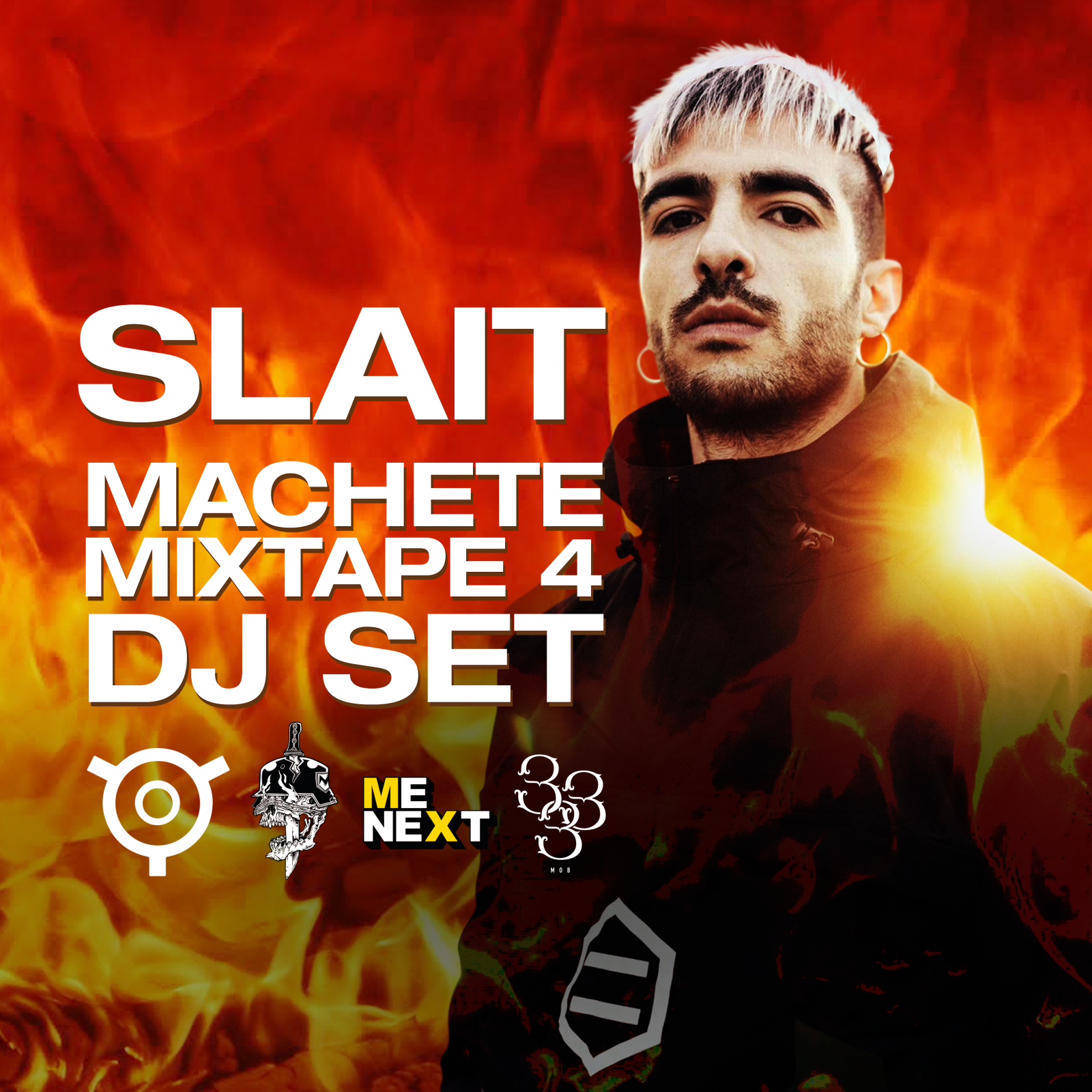 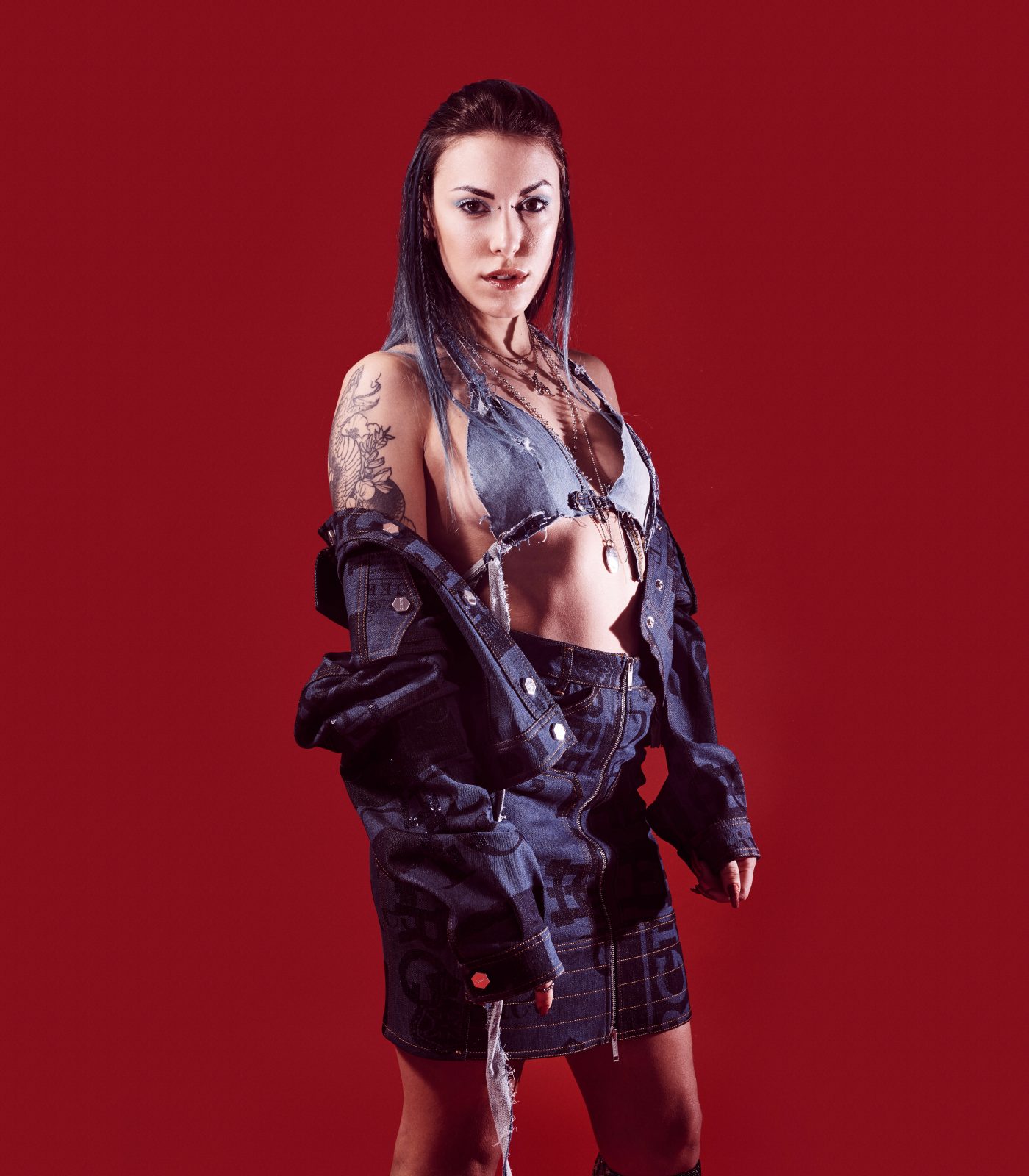 Machete Mixtape Vol. IV The tour, which features one of its main creators, DJ SLAIT, follows the publication of the fourth chapter of the Mixtape, a series of cult albums by the Machete team, published by Machete Empire Records and distributed by Sony.The tour includes Slait's DJset, which can also be joined by the hosting of some of the main Mixtape acts, alongside Machete crew, including BEBA, DANI FAIV, JACK THE SMOKER and others   SLAIT: Slait founded in 2010 the Machete crew. In addition to having designed and mixed the two outputs of the Bloody Vinyl serial mixtape, Slait oversaw the artistic direction of the Machete Mixtape Vol. III with Low Kidd. Slait transforms 333 Mob from a simple company of friends to a real music label: the assiduous collaboration between the two artists leads them to formalize their birth and take on the artistic direction. The label aims to focus above all on the new generations, helping artists to express themselves in the best possible way. In parallel with this activity as an artist, record artist and artistic director of two labels, Slait continues his passion, cultivated since he was a teenager, for djing, first of all supporting Salmo on stage in all his tours. For years he has continued to mix in the major clubs throughout Italy, offering DJ sets ranging from hip hop and electro with all the nuances of these rhythms.   BEBA: Beba, a Turin rapper, after having taken part in various hip hop events and created the first street singles, in 2017 ,she combines his talent with that of Rossella Essence to propose a purely feminine style of music. The first four pieces produced by Beba with Rossella have demonstrated all her abilities both in the trap and rap fields and, not surprisingly, have received acclaim from a transversal audience. Thanks to these first singles, Beba has also attracted media attention and is proposed as an absolute novelty for Italian urban music. Not surprisingly, at the end of 2018, She joined Island Records and her first piece for the label of the Universal group is Groupie in which She shot a series of punchlines and rhymes with effect on a production by Lazza. DANI FAIV: Dani Faiv, rapper class '93 of the Machete roster, participated in 2016  in the web-format of cult Real Talk together with Jack The Smoker. In 2017 the debut comes; The Waiter, published by Machete Empire Records: the Sardinian crew recognizes Dani Faiv as an original talent. After the summer tour, Dani Faiv locks in the studio and, with the artistic production of Slait, works to songs that mark a musical breakthrough. The attention of the media is multiplying and Dani Faiv, in the summer of 2018 publishes a new recording project for Sony Music produced by Machete. At the end of the year the official album comes, Fruit Joint + Taste, which contains 11 other unpublished works and many important vocal collaborations. The project is inspired by the concept of the "happy world", I wanted to close the open chapter with Gameboy Color and give an identity to this period of my life. "