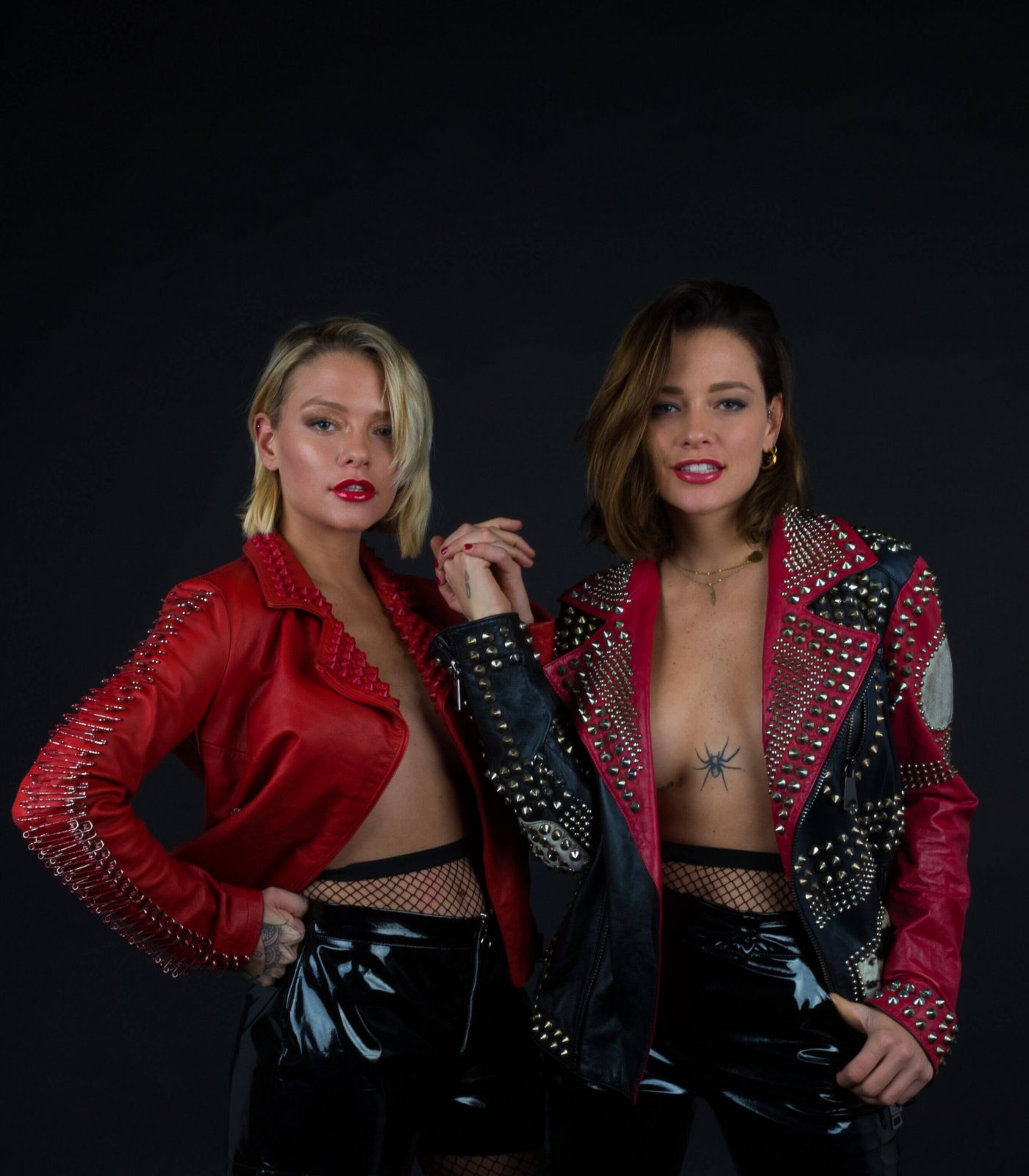 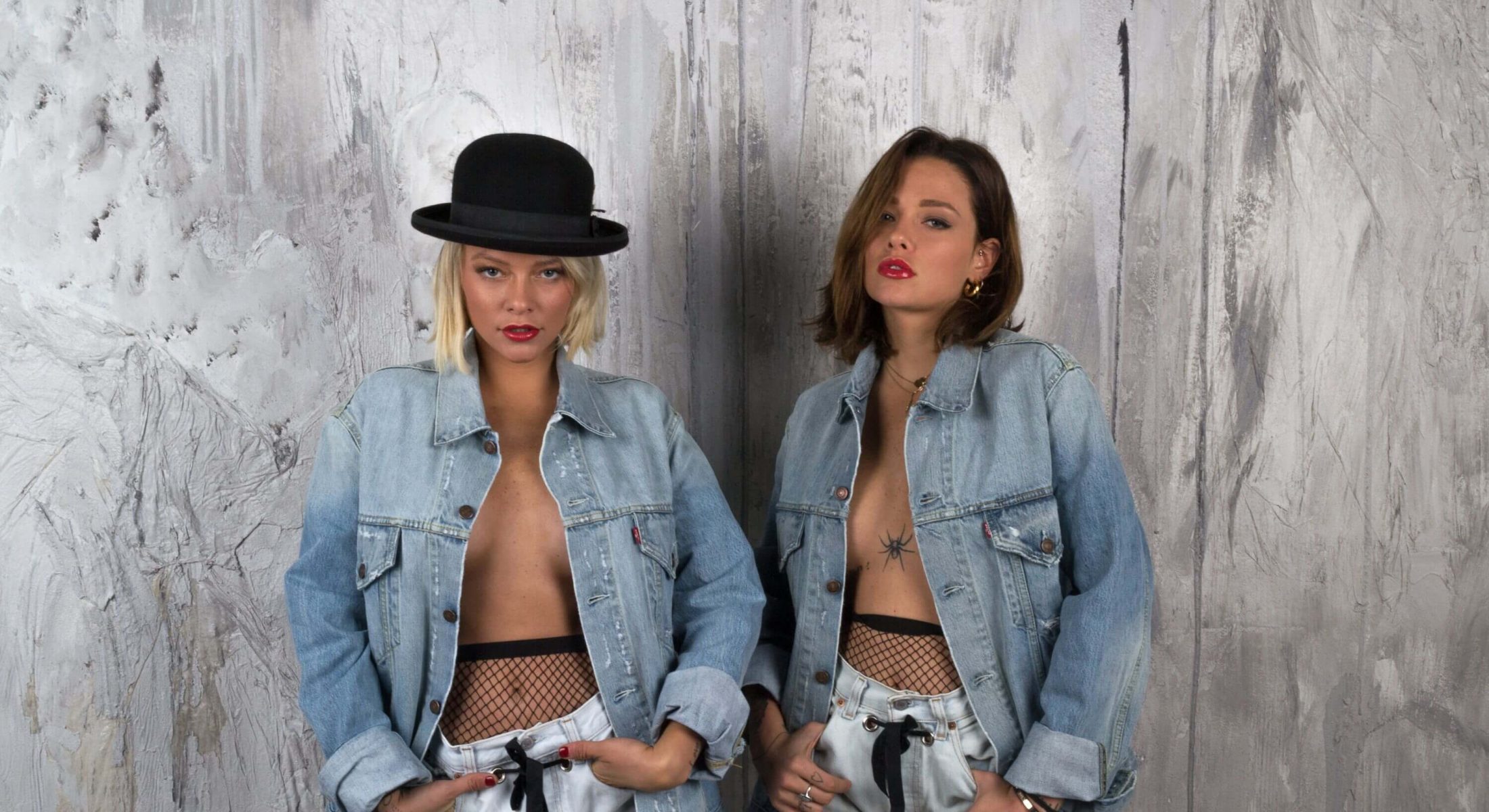 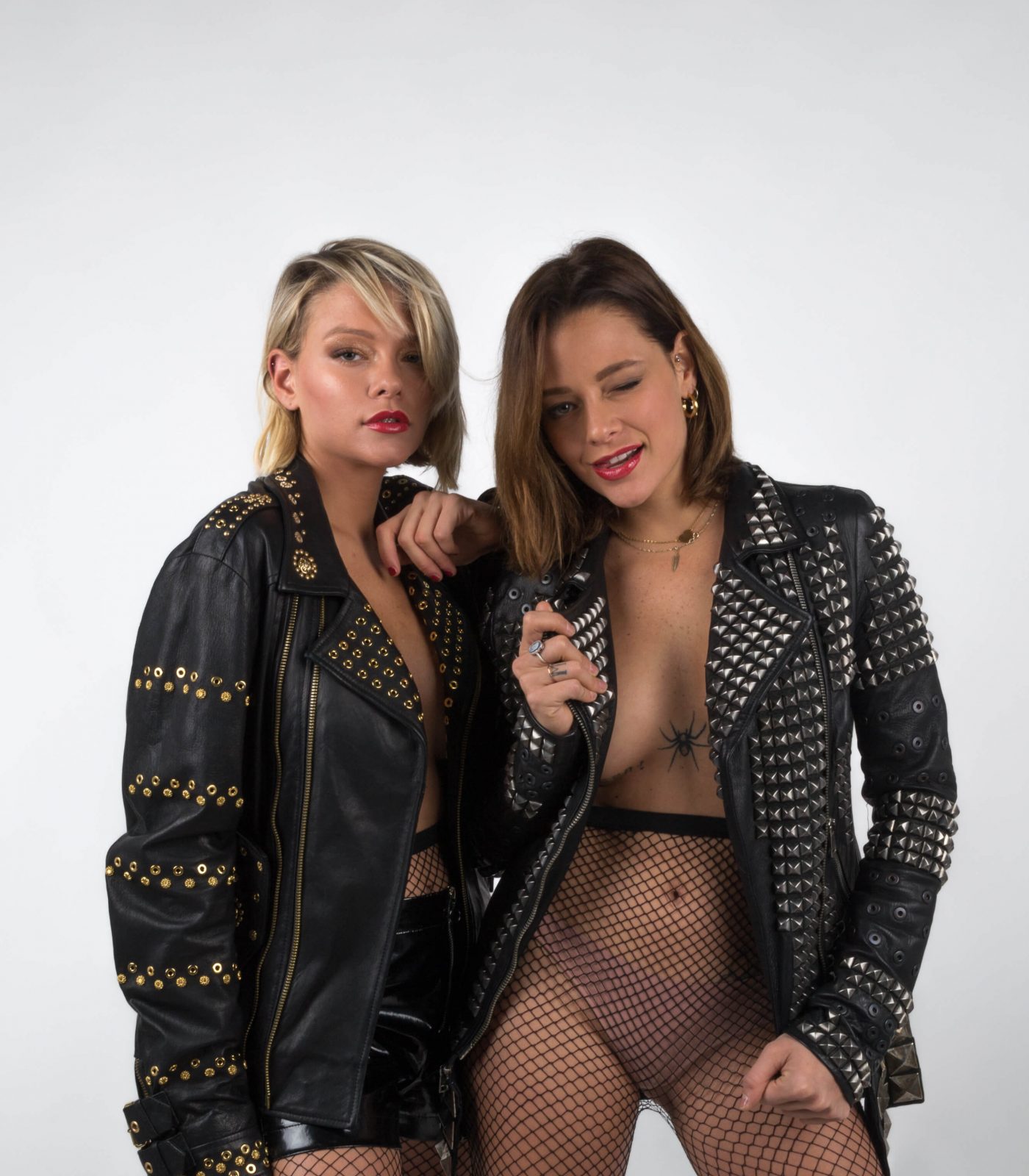 The twin Giulia and Silvia Provvedi, born in 1993, in art "LE DONATELLA" are identical but very different. To distinguish them is not only the color of the hair but above all the opposite and complementary character. They both carry the strength of their bond on the skin with the "YOU MAKE ME RISE WHEN I FALL" tattoo. When they were little, their favorite game was dressing up and singing loudly in their attic; growing up they realized how indispensable it was for them to talk about themselves through music and dance. Despite having very different characters and interests, they have always been united by a great dream: to become pop stars- showgirls !! The Donatella are known for their curiosity, passion for fashion, cheerful extravagance and freshness that translate into fun, experimental, eccentric looks. It is therefore normal that they have attracted the attention of fashion and fashion living. Their social profiles are very popular and they are always in the spotlight, attentive observers and passionate about the world around them. on Instagram they boast over 900 thousand followers. And there are already those who consider them promises to be fully exploited, even abroad. In 2012, unbeknownst to Giulia, Silvia enrolled them in the casting of X-Factor 6. In the summer of 2013 they participated in the viral campaign for MAXIBON (Spain and Italy), interpreting the song Mal alongside her "majesty" Juan Magan de Amores, which also gave birth to a flash mob recorded in Madrid on June 19th. In September 2014 they released a single sung in Italian titled Scarpe Diem, in which for the first time they experience rap sounds. The song, born from a collaboration with Two Fingerz, sees the participation of rapper Fred De Palma. In 2015 they participated at " L'isola Dei Famosi", an italian program and they won it. In 2016 they made their debut as television presenters presenting Italian Pro Surfer, a talent show about surfing. In early 2018 they returned to television participating as competitors in the second edition of the dance talent show " Dance Dance Dance" . From September to December 2018 they took part as competitors in the third edition of " Il Grande Fratello VIP". Now there is a big project about them that will lead them to perform far and wide in the most beautiful clubs of our country and soon the next record release.